In dentistry, a filling is the restoration of tooth structure, a tooth cavity, after it has broken down from dental caries, commonly referred to as cavities. Filling materials include metals, ceramics, plastic, glass ionomer, and tooth-coloured composite resin. As well as stopping pain and restoring the appearance of a tooth, a filling is used to prevent the tooth from becoming worse and to prolong the time until a tooth is treated under dental crowns or dental bridges.
At Burwood Dental Care, we can restore and repair your damaged teeth. We help patients with dental fillings due to decay and tooth injury. We work with patients in the Burwood area and surrounding suburbs to make an appropriate treatment plan for them.
Book An Appointment
Give Us A Call

Speak to our friendly dental team or Book an online appointment.

Book An Appointment
Give Us A Call
General Dentistry

What Are Different Types Of Dental Fillings? Dental fillings are one of the most common ways to repair a tooth. Once you get a cavity in your tooth, dentists often recommend getting it filled with a filling material.

There are two main types of fillings: amalgam and composite resin.
Amalgam is made from mercury, along with other metals like silver and tin. Composite resins are made from plastic or glass fibres mixed with resin materials that mimic tooth enamel’s hardness.

Book An Appointment
Give Us A Call

How much does dental fillings cost?

Dental fillings can be a quick and cost effective way to repair a tooth that has a cavity. However, they can be costly, so it is important that you know exactly what you are paying for. The price of a filling will vary depending on the location and type of tooth and based on the materials used to repair the tooth.

According to the latest Australian Dental Association Dental fee survey, a regular dental filling can range from $100 up to $200 and up to $320 for more complex procedures.

How long does dental filling last?

There are several different types of fillings, and they all have varying lifetimes. Some of the fillings are made of gold, which is a very durable material, but some of them are made from less expensive materials that can wear away more easily.

Dental amalgam is technically called silver filling and consists of approximately 50 per cent mercury mixed with other metals such as tin, copper, zinc, and silver. Amalgam is one of the first dental fillings invented, dating back to the late 1800s. Despite being one of the most common fillings today, it has been met with criticism due to studies that have linked it to health problems. Research shows that silver fillings can release toxic mercury vapour when subjected to changes in temperature.

Mercury vapour is linked to several problems that can affect the nervous and digestive systems. Although amalgam fillings are generally considered safe, they should be replaced every ten years if possible. The biggest issue with mercury fillings is that they also contain silver, which will wear out over time. Suppose you require a new filling before ten years have passed. In that case, your dentist can opt to use a resin composite material instead of metal—especially if your mouth is particularly sensitive to temperature change.

Composite and resin fillings are more optimal in these situations because their durability and strength will not decrease over time. Composite fillings are commonly used when a patient has exposed root surfaces or cavities that need to be restored. One of the biggest benefits of composite fillings is that they do not contain mercury or other hazardous materials. So they’re safer for dental patients with allergies, sensitivities, or concerns about toxins.

Speak to our friendly dental team or Book an online appointment. At Burwood Dental Care, we offer a broad range of dental services so that you can be confident that your entire family is receiving the best dental care for the best value. Our experienced and friendly Burwood Dentist is committed to providing you with the most thorough, yet affordable dental care possible. Our goal is to provide a positive dental experience for each of our patients.

At Burwood Dental Care, our patients are our number one priority. That’s why we’ve put together a dedicated, caring team to offer you the highest standard of dental care. We want to take the time to get to know you, understand your dental needs and ensure that every visit to us is as comfortable as possible. We’re proud to call the vibrant, close-knit, family-friendly suburb of Burwood home.

Book An Appointment
Give Us A Call

Smile now and pay later with our dental payment plan options. For your convenience, we have partnered with a range of popular payment plan providers to make dental treatment more affordable for you. Contact us to find out about our Free Interest Free Dental Payment Plan options. 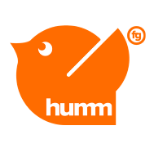 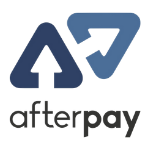 Dental Restrictions Officially Lifted As of 22/10/21

As advised by Victoria's Chief Health Officer and Premier Daniel Andrews, it is expected that from 11.59 pm Thursday, October 21, 2021, the current COVID-19 restrictions will be lifted for Greater Melbourne.

Lockdown restrictions have now been lifted across Victoria. The Authorised Worker list no longer applies which means that dental practices can return to pre-lockdown settings with no restrictions on patient access to care.